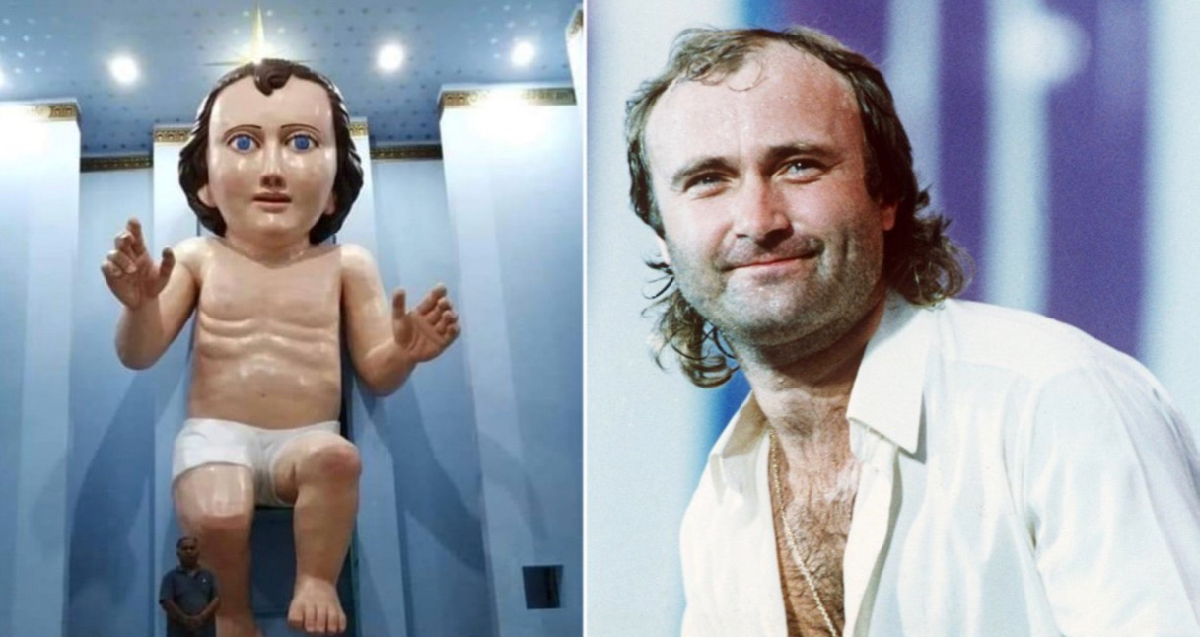 Commissioned for the church La EpifanÍa del Señor, according to the New York Post. It is 22-feet tall and weighs over 2,000 pounds.

The priest Humberto Rodriguez said that he only wanted something that would “fit the church.” Apparently, he was taken aback by the size, saying he “never intended to make it the biggest baby Jesus statue in the world.” Whether it actually takes the record has yet to be confirmed, but it’s certainly massive. The statue has been submitted to Guinness World Records to be confirmed as the largest baby Jesus statue in the world! 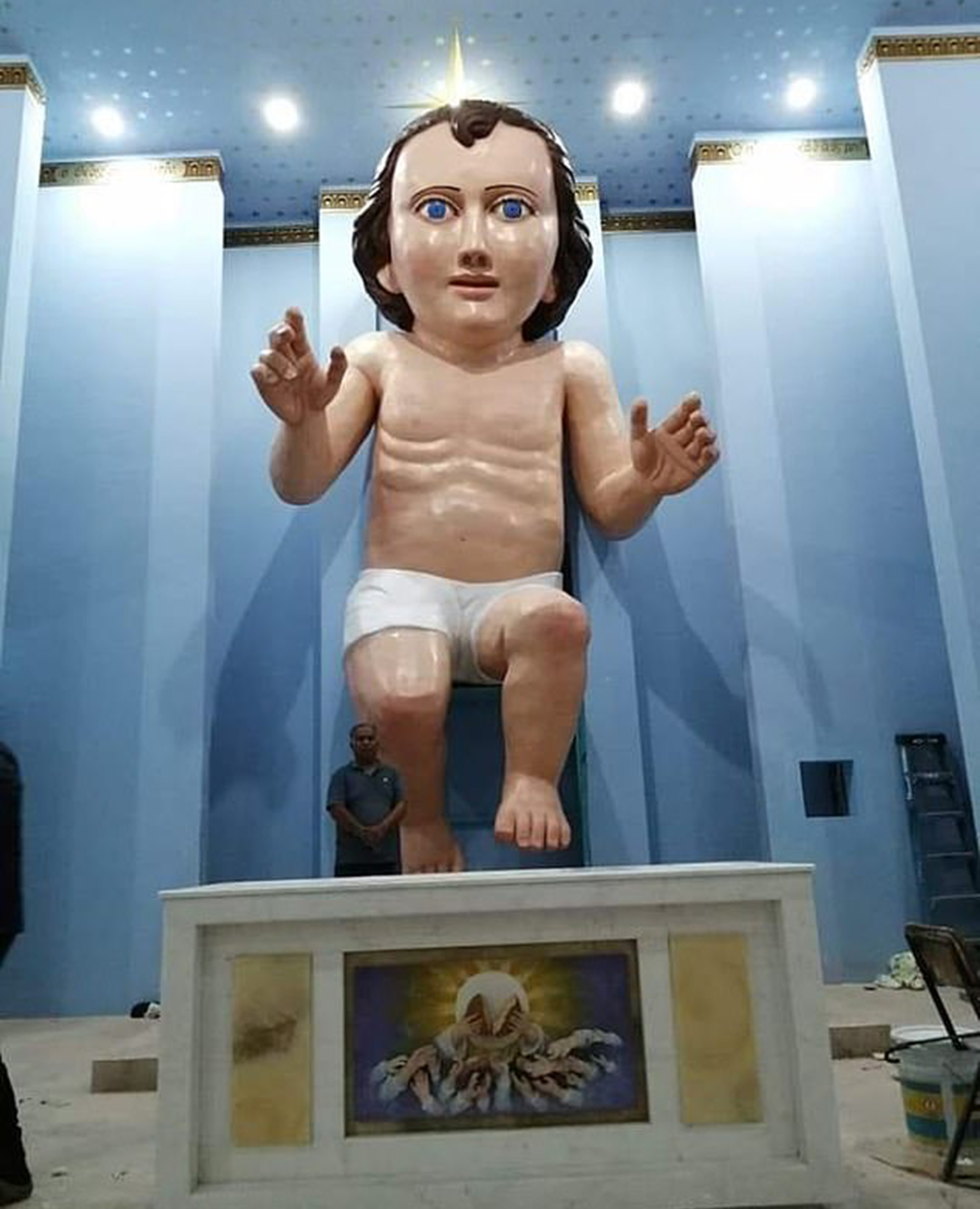 Created by the sculptor Roman Salvador, the statue would stand a couple of feet taller than the tallest Tyrannosaurus Rex. The resemblance to Phil Collins in the 1980s is presumably unintentional and Collins himself has declined to comment.